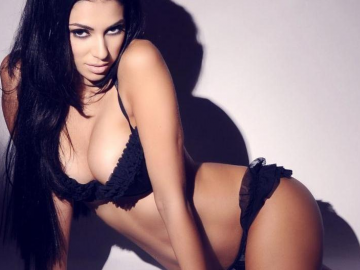 When it comes to Kim Kardashian, it is fair to say that she is arguably the biggest and best reality television star we have ever had, so it is no real surprise that there have been many people being compared to her over the years, especially when it comes to her looks.

One such star, who has enjoyed a successful career in her own right, is the beautiful Irish model Georgia Salpa, who has been referred to as the Irish Kim Kardashian, since she looks so alike. However, there is so much more to Georgia than just that. 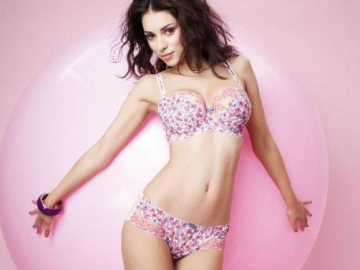 16 Georgia Salpa pictures showing she is more than just the Irish Kim Kardashian
16th November 2015 @ 02:21pm
When it comes to Kim Kardashian, it is fair to say that she is arguably the biggest and best reality television star we have ever had, so it is no real ...

Georgia Salpa, Sam Faiers, Myleene Klass: The best celebrity Christmas Jumpers
23rd December 2013 @ 10:34pm
Celebrities have been showing off their Christmas Jumpers and we have decided to bring you some of our favourites

Georgia Salpa's body on show again
21st June 2013 @ 10:54pm
Even when Georgia Salpa is not wearing skimpy bikinis, she still manages to show off her body

Kim Kardashian movie to star Georgia Salpa
1st April 2012 @ 06:01am
It has been reported that a movie based on the life of Kim Kardashian is set to be made.

Nicola McLean questions Georgia Salpa’s need for surgery
16th January 2012 @ 05:32pm
Celebrity Big Brother contestant Georgia Salpa has revealed that she hopes to have some cosmetic surgery done when she gets out, as there are a few litt ...