We have recently been looking at some of the women in the world, who have been working very hard in their chosen field, trying their hardest to make a name for themselves in the industry, before actually managing to go on and become better known for another area of the world. There have been certain sports stars who have spent their entire lives working hard at their sport, hoping to become well known for it, before then going on to find that, due to how stunningly beautiful they are, it is actually on the modelling scene where they become best known.

Just take the gorgeous Paraguayan superstar Leryn Franco, for example. Leryn spent many years working hard on the athletics scene, honing her skills as a javelin throw star, which she was actually pretty good at, competing at three different Olympic Games during her impressive career. However, Leryn also went on to land some very big modelling gigs, which is where she really came to the attention of people all over the world, which is why we believe she is arguably the hottest athlete ever and we hope we can show you why. Enjoy! 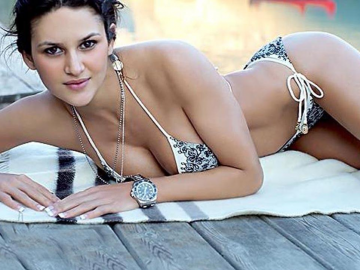 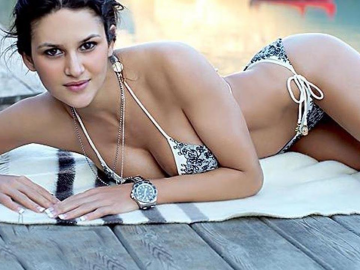 Will we see Leryn Franco compete at the 2016 Rio Olympics?

Leryn Franco is one of the hottest athletes ever but will we see her compete at the Rio 2016 Olympics? 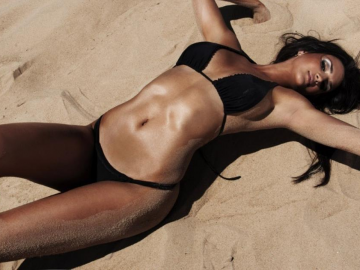 23 Leryn Franco pics proving she is the hottest athlete ever
2nd February 2018 @ 10:12am
We have recently been looking at some of the women in the world, who have been working very hard in their chosen field, trying their hardest to make a n ...

Leryn Franco: Athlete, model, all round star
10th November 2015 @ 02:32pm
Leryn Franco is a beautiful athlete who has so much more going on

Leryn Franco, Anna Kournikova, Allison Stokke: Athletes cursed by beauty
6th August 2014 @ 10:45pm
The are some athletes in the world who have become better known for their looks than for their achievements in the sport

Leryn Franco, Allison Stokke, Laura Trott: The most beautiful athletes around‏
3rd July 2014 @ 05:17pm
There are a lot of stunning athletes n the world today and here we take a look at a few of them

Allison Stokke: Brains, beauty and pure talent
5th November 2013 @ 07:03pm
American athlete Allison Stokke is not only a talented star but she is also intelligent and beautiful

Leryn Franco set for acting career?
10th April 2013 @ 02:18pm
Leryn Franco could be set to take up acting once her javelin days are over

Leryn Franco looks great while Javelin training
22nd March 2013 @ 07:52pm
Leryn Franco has been training hard for the Javelin, in which she is one of the best in South America

Leryn Franco Not Expecting A Medal At London 2012 Olympics
5th August 2012 @ 03:56pm
One of the most searched for Olympians on the internet is stunning Paraguayan javelin thrower Leryn Franco, and it's not hard to see why.

Get To Know: Leryn Franco
30th July 2012 @ 11:36am
Leryn Franco is one of Paraguay's big hopefuls at the London 2012 Olympic Games - but she's probably better known for her looks.