News » Get To Know: Leryn Franco 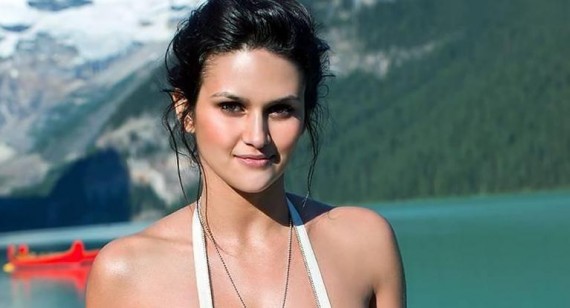 Get To Know: Leryn Franco

Leryn Franco is one of Paraguay's big hopefuls at the London 2012 Olympic Games - but she's probably better known for her looks.

The 30-year-old javelin thrower, who will compete in the London Games, was the runner-up at Miss Universo Paraguay in 2006, and also featured in the 2011 Sports Illustrated Swimsuit Edition.

The gorgeous brunette, who is also a face of Nike, was recently ranked No. 64 on AskMen.com's Top 99 Women of 2012. And Leryn isn't oblivious to the attention her looks get her, in fact, she has admitted to using it to her advantage, recently claiming that her 'career is media' more than anything else. 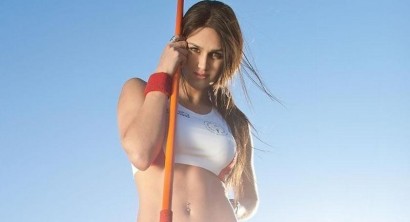 Leryn told Spanish-language news agency Efe that 'one can turn on the TV or look at a magazine and see me'.

She gained significant media attention as a competitor in the 2008 Olympic Games in Beijing, and now she is back and - although she is not expected to receive a medal in the London games - fans from around the world are bound to tune in to see her have a go.

Leryn recently admitted that she will not be let down if she leaves London empty-handed, saying: 'To qualify for London, the Olympics, is already a medal.'

Athletically, she has shown serious improvement since her attempts at Beijing, where she was placed 51st. She threw a personal-best of 55.66m during a meet held in Buenos Aires last year.

The impressive figure does not, however, give her very much hope when comparing it to the current world record, which is 72.28m, held by London's gold medal favourite Barbora Spotakova from the Czech Republic.

As a consolation prize, Leryn won the title of Maxim's Sexiest Women Of The Olympics, and she was also Yahoo's second most-searched Olympian during 2008, just behind champion swimmer Michael Phelps.
200 Fan Uploads: Leryn Franco and Buenos Aires Gallery

23 Leryn Franco pics proving she is the hottest athlete ever
2nd February 2018 @ 10:12am
We have recently been looking at some of the women in the world, who have been working very hard in their chosen field, trying their hardest to make a n ...

Leryn Franco: Athlete, model, all round star
10th November 2015 @ 02:32pm
Leryn Franco is a beautiful athlete who has so much more going on